Living in the nether is already difficult even starting in the overworld. It is very possible to survive the nether (even the old one), but is it possible to thrive? I'm talking about Java Edition. 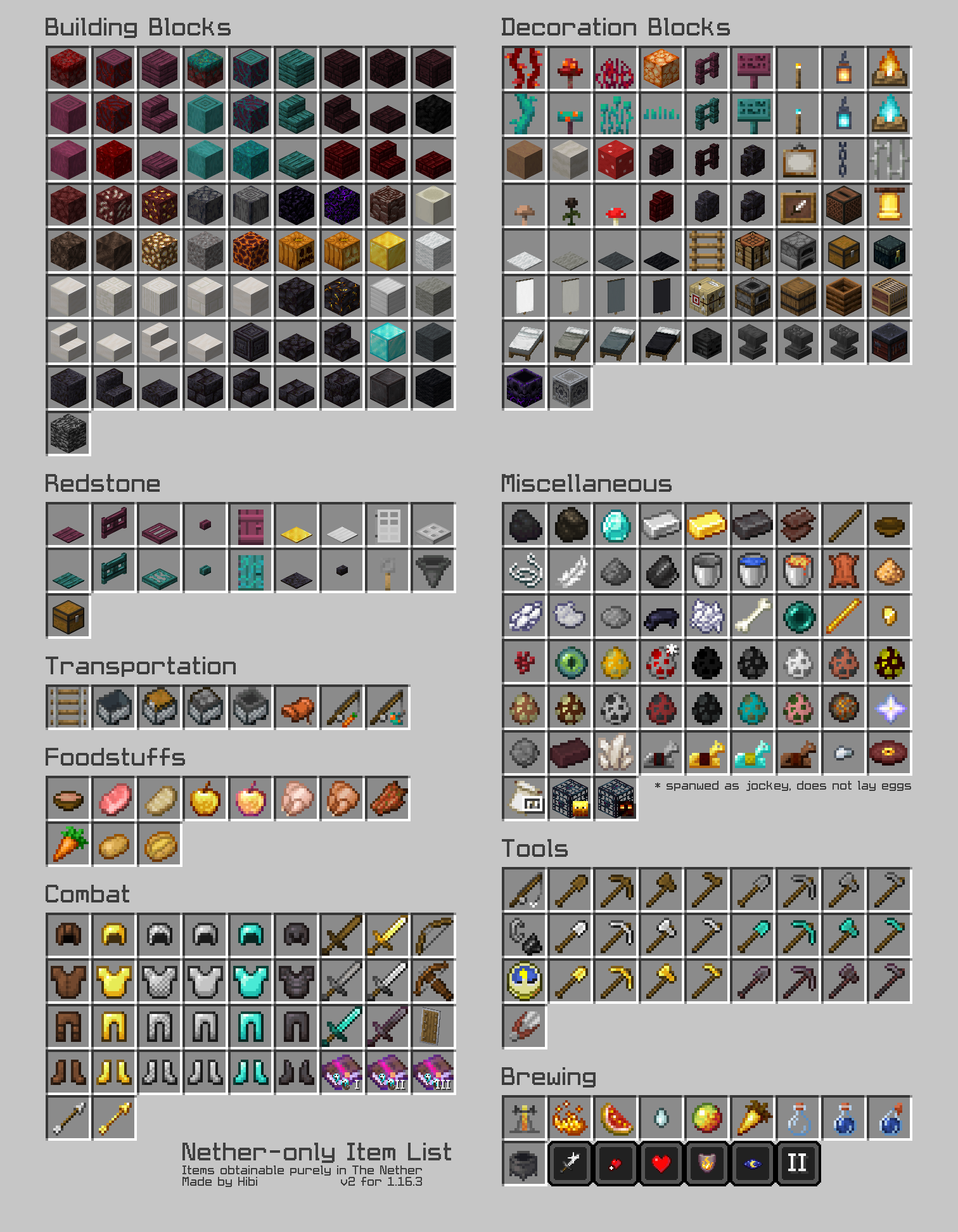 The most important step in Minecraft is getting wood. From tick 0, you'll be met with hostile mobs. The most friendly of them are Endermen (spawning mostly in Warped Forests) and Zombie Pigmen. However, those mobs can't help you as you have to get wood by yourself.

You have a decent but not high chance of spawning near forests. Crimson Forests at the beginning are highly dangerous as unforgiving Piglins and Hogs inhabit them, Warped Forests are safer with only Endermen, interested in stealing the nylium, spawning there but this biome is rare.

You are going to get hungry fast and you will have to concern yourself with food. Dying is the fastest way to replenish hunger, and simultaneously the most punishing, as well as acting as Chorus Fruit.

Rotten Flesh is (or was) the most abundant food, has reliable spawns, but it has an 80% chance of giving you food poisoning (the hunger effect). It is also a byproduct of a necessary mob farm. Rotten Flesh, however, is hard to obtain as they are dropped from Pigmen and Zombies, the former attacking you as a group when angered.

Chicken is obtainable! But the mob is exceptionally rare (0.25%) as it only spawns when a baby Pigman (5%) decides to be a Chicken Jockey (5%) and, to dismay, those chickens do not lay eggs. Poultry is arguably the second best available food type excluding golden foods.

Porkchop may be your food type of choice, but the big pigs they drop from are hostile to and are hard-hitters on the player. They can, however, be pacified by trapping them around Warped Fungi. Bacon is the best non-golden food available.

Mushroom "there's no food in The Nether" Stew. Mushroom Stew is the vegetarian's choice, made with Brown and Red Mushrooms (generated naturally), the only requirement is a wooden bowl. You will likely eat this when starting. Farming mushrooms is a slow activity, but absolutely doable.

Netherrack is waste. You can mine Quartz and Gold with just a wooden pickaxe. Quartz, however, is useless with building and XP being its only uses. Gold armor is vital for Piglins to not kill you on sight immediately, a single piece will suffice so adorn yourself with a golden crown. Golden tools are trash though.

Naturally, you'll come across Blackstone splodges, those are your best friend. Those will grant you stone tools, furnaces, not much on their own but enough for the classic trio (chest, workbench, furnace). You'll cherish Blackstone deposits until you have a good Gold farm.

The next tier is way beyond what we can achieve in the early game, Ancient Debris is quite literally unobtanium without Diamonds.

A basic Hoglin farm is inbound. It will be a deadly task without armor, but only two Hogs will be needed. Given the fact that Hoglins have massive reach, you're better off tricking pathfinding than have them follow you into a fence pen. After you get your hogs in, adorn the pen with Warped Fungi. Crimson Fungi will breed them.

Furnaces will be lackluster because none of the wood available is flammable, although sticks, crafting tables, chests, ladders, tools, bowls, and other wooden products will do.

Soul Campfires are easily obtainable and are the easiest way to cook food. You may break Soul Campfires at will, they always drop one Soul Soil. For normal campfires, given that Crimson and Warped Logs aren't flammable, getting charcoal will be difficult at first: you need to slay a Wither Skeleton and have them drop coal. You can then duplicate charcoal using campfires (intended game mechanic). Also, Blaze Rods are really good furnace fuel.

Not Quite "Sweet Dreams"

Once you have a lot of gold, you may wish to barter with Piglins. Their barter table is very wide, so you'll need a significant amount of gold to be relatively sure you'll walk away with 6 Crying Obsidian. Harvest some Glowstone and you're ready to set your spawn. However, do note that it loses charge every time you die.

Additionally, with Silk Touch being (usually) off-limits, obtaining Glowstone blocks may be a menial task. Piglins don't barter them so you have a limited amount of respawns.

With a considerable amount of gold, you'll have a reasonable amount of iron nuggets. With 2.18% of barters dropping 10-36 nuggets, they can be quite expensive. You likely want at least 270 nuggets, enough for one full iron armor, one iron sword, one bucket and one shield.

From Racks to Riches

Below are my opinions on mob farms, why you should or should not build them.

There are no farmable crops in the traditional sense, but there are ways to farm non-animal living? things, some are even edible!

Since there are no diamonds in The Nether, the upgrade line is strictly disjointed, and has two starting points. You literally cannot mine for diamonds. Likewise, you can get a lucky spawn and find yourself a full diamond set in fortress and bastion loot. However...

Getting an Upgrade at all

In a modded Origins mod Nether-start playthrough, with my origin set as Blazeborn (fire immunity, strength from being on fire, but damaged by water, spawned in The Nether), I managed to get by with just wooden tools, stone sword, and golden armor.

Continuing the hook of my playthrough from my last point, I managed to get 12 obsidian alright, but I only managed to get some 80 iron nuggets, three ingots were used to craft a shield and two flint and steel (F&S in this case used for a boost in attack strength). I had considered upgrading from leather armor to iron, but I didn't get enough iron from barters before I first left The Nether.

There's no food in The Nether

In the old Nether, while your only options were dangerously gotten Rotten Flesh and Mushroom Stew, you could find both types of mushrooms without walking too much. Now however, with the luminous Basalt Deltas, skeleton-infested Soul Sand Valleys, Warped and Crimson infestations, the original mushrooms became very difficult to find. Also, the "Nether food" of 1.16 proves difficult to slay its bearer.

The earlier stages of survival are a question of hunger management - hiding from hostile mobs, no sprinting, mining the bare essentials, as well as looking for food. Hoglins are difficult to fight against on a level field with basic gear — even annoying with late game gear. The only way to safely cheese it is to build a 3 tall pillar, 2 high pillars are not good enough because of their extended range. Plus, you'll have to sneak in order to be able to hit any hogs and they also have to be pretty much on you. By geometry alone, it's difficult to land critical hits on one stationary hoglin, let alone a couple of them tracking you down and pushing each other about.

planet minecraft link, appears to be world-gen only.

Quartz is plentiful in The Nether underground but have no uses except building. This datapack would provide tools, armor and their recipes using quartz as the main material (requiring a resource pack).

The tools can be stone tools with custom model data 2, using a non-italicized translation key for the name, allowing vanilla resource packs to set quartz pickaxes to look quartzy. This is impossible in vanilla as functions in shaped crafting results are not supported.

Chainmail armor, since it's uncraftable to, is a prime target. Quartz armor can replace chainmail in textures and translation keys. Changing the furnacing and blasting recipes will be needed (else iron from Quartz?). 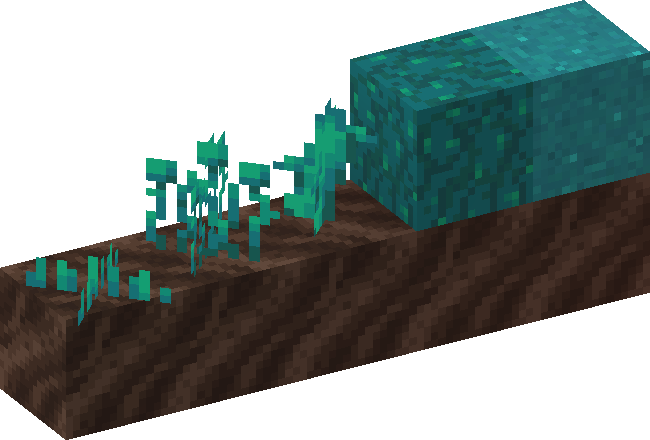 Another, more plausible idea I had was a crop that acts somewhat like melon. You plant it on soul soil, it grows like wheat, and instead of a stem curving onto a block and then placing a full block, the crop turns into a full block, and then turn into a block that's actually edible.

A golden pickaxe with Unbreaking 3 and hidden enchantment tags, custom model data 1. Remember to name it with a translation key, unitalicized, and color reset!

Make pigs spawn in wastes, albeit rarely. If Zombie Pigmen are Piglins that have gone to the overworld and came back, what about the Hoglin's peaceful cousin?

Datapacks - A Thin Line in the Sand

Since we're on the topic of datapacks and NBT data and literally adding new items in a way that's reasonably compatible with vanilla, I must ask: at what point does it stop being vanilla? Crafting items with NBT data requires mods, but even if it was possible, would it really be vanilla? At what point does it stop being vanilla and it becomes modded? Surely one or two items to help solve smaller issue wouldn't stray the game very far from vanilla, but on the other hand we have Incendium, we also could have data packs that adds stuff from outside the Nether and they would look and feel completely out of place.

In my honest opinion, any Nether mods stop being vanilla when it either doesn't follow the vanilla theme on a broader level, or it lets you do things that are only possible outside of the Nether, as well as things that fall in the uncanny valley. In other words, a datapack that adds literally ice and frosty biomes to the Nether breaks vanilla. Another mod that breaks vanilla is Cinderscapes, by Prospector, nothing against them, but it doesn't fit the hot wasteland of vanilla, too colorful.